The path leading to the “Cat House” in Tai Mo Shan was recently taped and closed by the government, which made the cat house famous and also made the Russian graffiti artist Vladimir well known to the public. He once posted on his personal Instagram that he will have another location in Hong Kong The new work, “Sing Tao” reporter successfully tracked Vladimir arrived at a bridge pier near Tuen Mun Road in Tingjiu at 5:00 pm on Friday (17th), and witnessed the gradual birth of his work. I saw that Vladimir has gradually completed the cat painting, and then on the outside of the cat Spewing out pink fluorescent halos and crowns, during which many hikers passed by, frantically using their mobile phones to take pictures of “check-in”, he then excitedly lit up the scene with a lighter, making the pink fluorescent lights in the evening when it was gradually darkening. It was particularly eye-catching, and he insisted on creating until nightfall, and he still did not leave the scene. 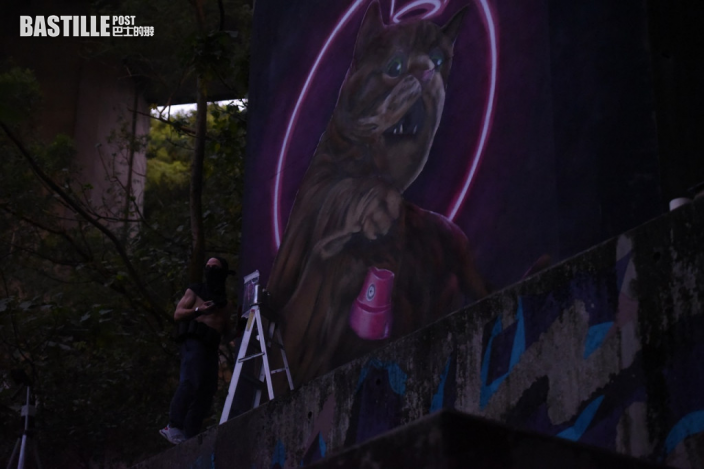 Russian artist Vladimir recently left a message in English on Instagram, “bad news my friends, someone closed the road to” (friends have a bad news, someone closed the road to), and uploaded a drawing of a cat work, It revealed that “good news, new wall will be ready soon” (good news, the new wall will be ready soon), it has already indicated that there will be new works on the street, and it is unexpected that it will settle in Tingjiu. Russian graffiti artist Vladimir lit a fire after nightfall to present his work to the public. Russian graffiti artist Vladimir’s work is known to the public as the “Cat House” on Tai Mo Shan, which attracted the public to break through the Lands Department’s enclosure to check in. 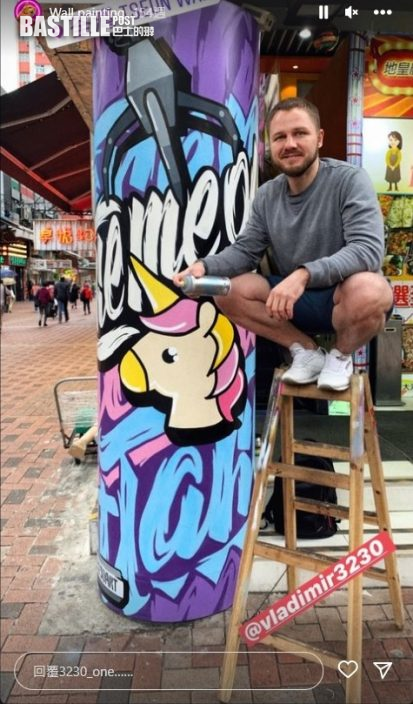 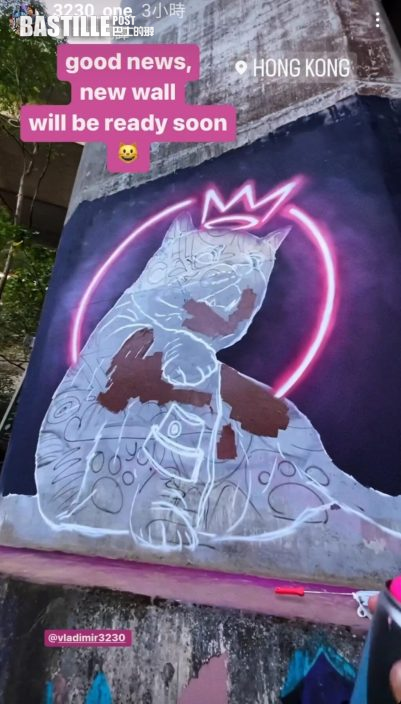 Russian artists have predicted that there will be new works on the streets of Hong Kong. (IG dynamic picture) The body of the bus was severely damaged when it was hoisted. (profile picture) The bus fell down the hillside from a height equivalent to a dozen-storey building. (profile picture)

It is worth noting that the location of his creation this time is less than 200 meters away from the scene. A car accident with heavy casualties occurred in Tingjiu Village. At 6:15 am on July 10, 2003, a car carrying 41 passengers KMB route 265M, on its way to Tuen Mun Highway near Ting Kau Section, at a bend on the bridge deck, a container truck with a trailer was driving on the center line, saying that it braked suddenly to dodge the vehicle in front, cut into the slow lane on the left and slammed into the bus , the bus then lost control and smashed through the guardrail of the viaduct and fell 35 meters down the hillside of Ting Kau Village and overturned. At the scene of the car accident, the mountain was high and the road was dangerous, and the bus fell straight down, causing serious casualties. (profile picture) Due to the 35-meter fall from Tuen Mun Road, the hillside of Ting Kau Village overturned. Some passengers died on the spot or were sent to hospital for serious injuries. (profile picture) 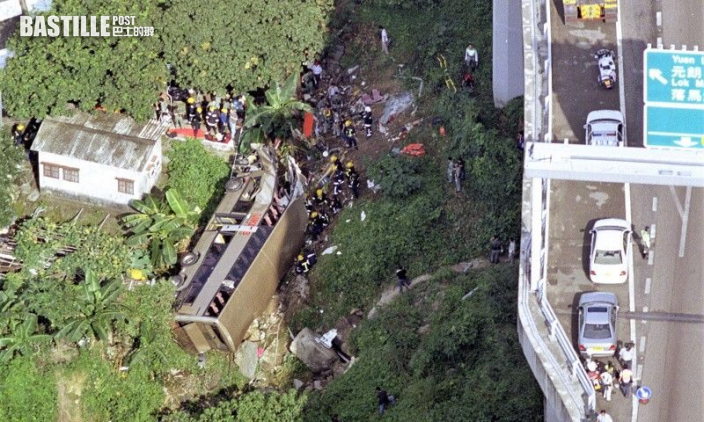 In 2003, a bus crashed into a Ting Kau hillside, resulting in 21 deaths and 20 injuries. (profile picture)

After the accident, because it was the first flight at that time, many people were sleeping, and they were caught off guard. As a result, there were many casualties. The bus driver and 18 passengers died on the spot, and the other 2 passengers died in the hospital. Finally, 21 people died and 20 were confirmed. Injury. Li Qiurong, the driver of the container truck involved in the incident, was convicted of careless driving, sentenced to 5 months in prison, fined 13,500 yuan, and suspended for 2 years. After the bus fell straight down the hillside, it was like turning into scrap iron. (profile picture) 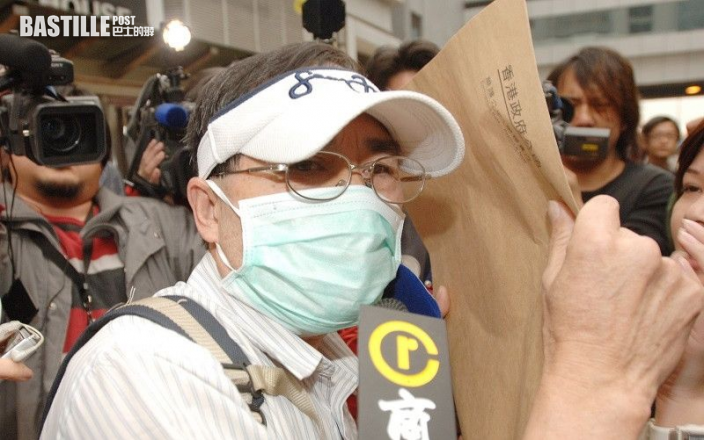 The driver of the container truck involved, Li Qiurong, was later charged with careless driving and sentenced to 5 months in prison and his license was suspended for 2 years. (profile picture) Firefighters entered the scene to search and rescue that year, and found dead and injured pillows. (profile picture)

Due to the large number of dead and injured, the villagers of Tingjiu Village who witnessed the scene left psychological shadows, and some villagers even called the police to complain about strange incidents, including people wailing and screaming in the early morning, or suspicious shadows appearing near their homes, causing ghostly scenes. Rumor has it that the title of “Menggui Village” has spread like wildfire since then, and the villagers have also been frightened by the rumors, and they have pasted Taoist symbols at the door, or placed Zhongkui and Guan Gong statues on the roadside, and finally alarmed Qingsong Temple in Tuen Mun, and specially sent Taoist priests When they came to inspect the amulets, the villagers did many ceremonies by themselves to save the souls of the deceased to show their peace of mind. Now the area has been rebuilt into different housing estates and private residences, and there are no more haunted rumors. Following Tai Mo Shan’s “Cat House”, the Russian artist has a new work, which is located in the place where there are the most fierce ghosts in Hong Kong and where there are many fatalities and injuries in car accidents.

PREV Daniel Arsham once again collaborated with Tiffany to create a collaboration series. Why did this color-blind artist become the darling of the fashion industry?
NEXT Don’t be stupid, AIGC can’t kill artists | TechNews Technology News