“The joy of monopoly, but lost the real fun of the game?” The well-known old game across generations and national boundaries – Monopoly – we are now called “Monopoly”. The classic game mechanism has become a part of human society. One of the hallmarks of development. For Taiwanese, the Monopoly game board developed in “tribute” since the 1950s is also a game that people of all ages have come into contact with.In fact, the real estate tycoon is a set from the early 20th centuryUnited StatesThe game born out of political and economic propaganda was originally used to satirize the deformed market monopolized by big landlords and to promote the concept of public ownership of land. Unexpectedly, it turned into a tabletop game where everyone grabs a fortune in the future.

▌Please listen to the link below:

The “Real Estate Tycoon” series was commercialized after 1935, and gradually developed international versions, or localized revisions with some content changes to suit different national conditions. The rules of real estate are simple. Players use dice to determine the number of steps forward, and compete to buy land with money on the circular board until other players go bankrupt, and the final winner is the real estate tycoon. During the game, there will be “chance” or “fate” events, adding to the variability of the game process.

Although the real estate tycoon/monopoly model is a familiar mechanism for everyone, the old games that were popular for a while are no longer as exciting as they used to be. With the diversification of the “game” itself in the market, new video games are introduced. The game allows players to have more other fun choices, and even if it returns to unplugged board games, all kinds of new game products, large and small, have gradually made Monopoly a synonym for nostalgia; Monopoly has gradually disappeared from party games.

Why is Monopoly no longer attractive? Maybe it has something to do with the mechanics of the game itself. The real estate tycoon/monopoly aims to monopolize, and it is easy to become repetitive operations in the relatively monotonous game process, or after a single player gains an advantage, the gameplay of other players will be greatly reduced, so that in the middle and late game of the game It seems a little boring. Later, at the end of the 1980s and the beginning of the 1990s, in the era of video games that emerged in Japan or Europe and the United States, the Monopoly genre had different ways of playing video games, such as the use of props, cards, and new game characters. With the vitality of the new era. But it is precisely because of the advent of the video game era, the ever-changing competition and the invention of new games, the rise of monopoly due to the era, and the era has been submerged in the past.

This unit is corner international podcast blockbuster broadcastThe new series, by the current editor-in-chief of Corner International Editor Seven, and the columnist 黄治汉 in charge of German issues, based on the selfish wishes of the players, extended discussions on various issues of the game – chatting about video games, games, and chatting The social context and life memories behind the amusement.

Huang Zhehan, editor-in-chief No. 7 of 1P Corner International, and columnist of 2P. A game podcast out of interest.

NEXT The black faded person reincarnated with a gun “ELDEN BLING” will be released on Steam, and the official warning is that the game is difficult and must not be bought | 4Gamers 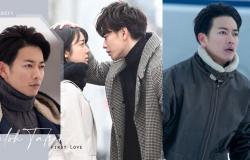