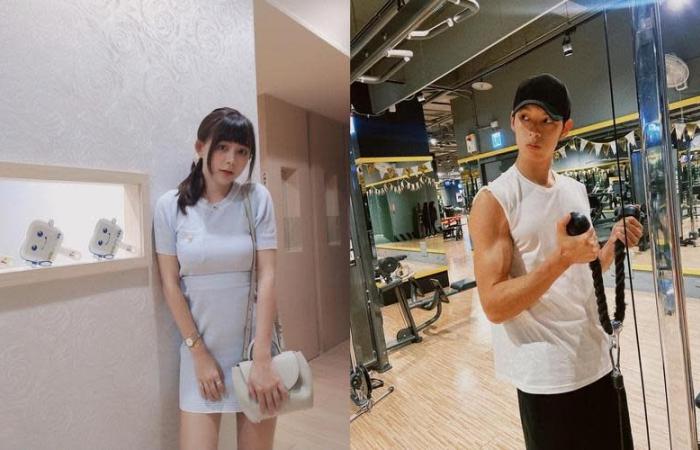 Yu-Ning Tsao won the Taipei Film Award “Best Supporting Actor Award” from the movie “KANO”, and later joined “All-Star Games” to show his physical fitness and increase his ability to circle fans; privately he has a “School Girl Girlfriend” Zhong Huiyu who has been with him for 6 years , but the other party is now posting 9 fuzzy group photos on IG for a limited time to announce the change of love, and said: “It’s really sad, so sad, what I need is time, give me time to say goodbye.”

Zhong Huiyu wrote: “In the face of sadness, you can see what happiness really should be like.” She did not delete the text, did not hide the selected news, and wore the necklace, because she felt that it was her memory, and she was not in the mood to face it. It takes time to heal. After that, Zhong Huiyu posted a video and posted a number of group photos to miss the past.

In fact, last year Yu-Ning Tsao and Zhong Huiyu seemed to be in a stable relationship, and when the “All-Star” men and women showed a complex emotional exchange state of fighting each other on the Internet, Zhong Huiyu also wrote: “I need someone who can quarrel and buy me snacks at the same time. People.” It is considered by the outside world to be declaring sovereignty by issuing a document.

However, before that, Zhong Huiyu had intended to accuse the man of lying, sneaking to a nightclub, lying with other female friends, etc., of cheating, but he later changed his words and clarified that he was only talking about “friends”. The relationship is still fine, but I didn’t expect the plot to take a turn for the worse after more than a year.